Category: Blues for the Red Sun

I Wish I Didn’t Have Blues From the Red Sun 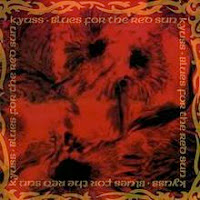 If you’re a fan of sludgymetalstonerrock pioneers, Kyuss, you have undoubtedly heard about the recent drama surrounding Kyuss Lives! led by original front man John Garcia and Brant Bjork.  You can read up on the short, tumultuous history of this new version of Kyuss elsewhere.  What saddens me about the situation is that the legacy of this seminal band is now being tainted.  The record they released in 1992 has had a profound impact on me as a songwriter and author.  I originally wrote this piece for the Born Again Nihilist and thought the time was right to share it again in hopes that the fans of heavy music can go back and listen to these great recordings that still resonate today.

“Blues for the Red Sun” changed me forever.  I remember standing in the Jazz aisle of Camelot Music before we opened when the first riff of “Thumb” oozed from the speakers.  In 1992 I was old enough to know what I was tired of hearing (grunge and hair metal) but young enough to keep my mind open about soulful, heavy music.  Although the record was steeped in Sabbath and punk angst (Reeder said he thought Kyuss was more punk than metal), it was unique.  Josh was funky and yet heavy, not an easy combination to pull off.  But it was more than Josh’s riffs, Nick’s unholy bass tone, Brant’s fine chops, and John’s wailing.  I could feel the desert wind on my face all the way from western Pennsylvania.  Listening through headphones put me right in front of the boys and their infamous generator parties. 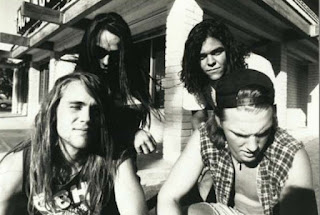 No question that the allure of Kyuss was that they were NOT mainstream and would never get radio airplay or MTV rotation (with a few exceptions like KNAC and Headbangers Ball).  I wanted a band that belonged to me and not the skinny, whiny, bitches that swooned over Axl Rose.  I loved Guns N’ Roses, but so did everyone else.  In December of 1992, when I stood inside the “crowd” of 20 people that showed up at City Limits in Penn Hills to see Kyuss open for Danzig, I knew these were my people.  They got it too.  For the record, most of those 20 people left after Kyuss finished, choosing not to hang with the meatheads there to mosh in front of Glen.

I can cite that moment as the inspiration for everything I’ve done as an artist since.  I don’t want to be Kyuss or sound like them.  I want my music to connect with people like “Blues for the Red Sun” did with me.  I can’t listen to one track or even several tracks off that record.  I have to listen to the whole damn thing, from “Thumb” to the four second closer of “Yeah” even if I have to sit in the car for 20 minutes after pulling into the driveway to do it.  That’s what music should do to you.  When fans come up to me after a show and tell me that they dig Threefold Law, and that they wish we could play for two more hours, I know I’m on the right track because that’s how I feel about Kyuss.

I’m still awestruck by the fact that it only sold around 40,000 units given the Kyuss legacy.  Then again, I never cared about Billboard or retail sales when it came to my music.